The Nymphs of OldFate (Fantasy Art)

Scamira was determined not to be late to school again. Madam Zazoori was succinct in her warning. She would have to wear the false hat as a punishment. But yet again she spent the night in the toadstool circle playing with the gnomes. She forgot her charms and potion pot.

She lives on the other side of the Oreva canal in the castle town of Oldfate. It is a part of the last forest of Yearning. Songs of the Nymphs still wander the starry nights. She is studying to become a purple witch but it has been inordinately difficult for her. She can’t recall most spells and the last frog she kissed died of poisoning. Yet she is determined. The old prophesy foresees. 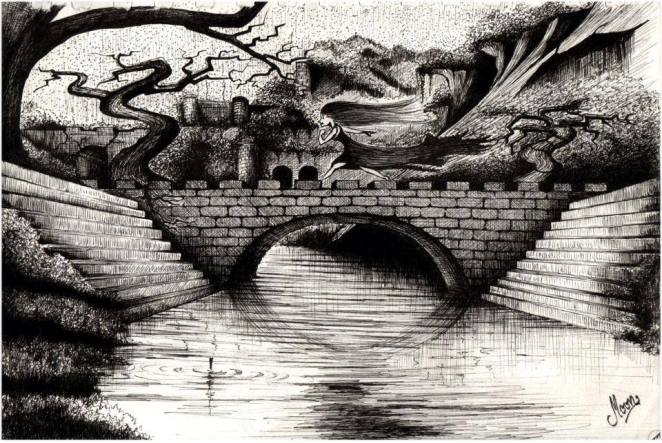